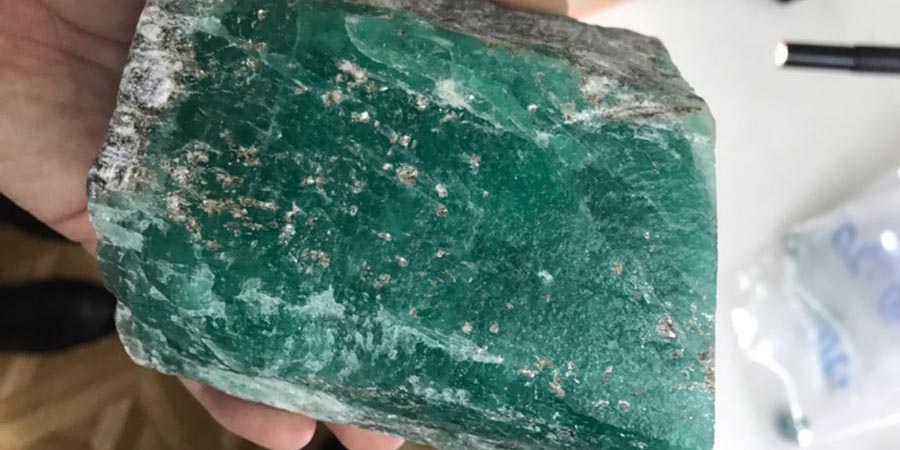 Found in the Urals an emerald from more than 1.5 kg

Found in Urals an emerald of more than 1.5 kg and was found in the Malyshevsky field, the largest European emerald mine. According to the Russian state company Rostec it is the largest stone found in the mine in the last decade: the experts' estimates speak of a length of 14 cm and a width of 7 cm and it could be estimated for 4 million rubles (over 70,000 dollars).

"The crystal has been noticed in time and raised to the surface, so its original shape has been pre-served", explained Evgeny Vasilevsky, director of the Malysheva division. According to the Guild of Jewelers of Russia it is a unique emerald and apparently of the highest quality. "In general, emer-alds are rather rare stones, unlike diamonds or sapphires - said the director of the association, Edward Utkin, in an interview with Radio Sputnik - while specifically the great emeralds are just unique stones".

The largest emerald found previously in the Malysevsky camp was called "President" in honor of the first Russian president Boris Yeltsin and weighted 1.5 kg. The Emeralds from the Urals are highly valued on the global gemstones market, as they have a unique yellowish tinge, which is not typical of this mineral, and they are known under the name of "Malyshevsky emeralds".

Rostec has recently announced plans for a tenfold increase in emerald production by 2025. The company said it would develop new deposits of precious and semi-precious stones in the Malyshevsky field, including emeralds, alexandrite and beryllium. The company intends to modern-ize the existing production complex with the introduction of new technologies.